Identifying PVC in the home

PVC is the most toxic plastic manufactured, not only in it's manufacturing process, but also in the harmful chemicals that it releases such as phthlates, lead & organotins.

This is great news for our children in terms of phthalate exposure, but because these bans only concern products directly related to children's toys and child care products, PVC in other household products still contain these dangerous phthalates. Phthalates are released into the air from PVC, they are then easily inhaled and are absorbed into household dust. Because young children, especially crawling babies spend so much time on the ground they are likely to ingest this dust. Phthalates are also ingested any time a child mouths a PVC product which contains phthalates.
Phthalates are considered a Probable Carcinogen by the World Health Organization, they are also an endocrine disruptor, that interferes with hormones and have been shown to impair the reproductive system in rodents, and concerns have been raised that similar effects may arise in male infants in humans. Health issues related to toxic phthalates include increased risk of miscarriage, male reproductive development impairment such as undescended testicles, enlarged prostates and reduced sperm count, and early onset puberty in girls. Phthalates have also been linked to liver and kidney damage, tests have been shown to cause liver cancer and kidney damage in animals.

Phthalates are not the only concern with PVC, some of the stabilizers used in PVC include organotins, BPA and lead, which can have a toxic effect particulary on young children. There are no regulations by which manufacturers must state which phthalates or stabilizers have been used in their products. Organotins have been shown in tests to cause nervous and respiratory problems in humans in addition to reproductive and developmental impairment in animals. In the 1960's an organotin known as TBT was used on the hulls of boats to prevent barnicals and limpets attaching them selves - this had a detrimental effect on the marine life, and caused shellfish to change sex. Orgnaotins have also been shown to compromise the immune system in laboratory animals by destroying the function of immune cells. BPA is a known endocrine disruptor that mimics estrogen, disrupting normal function and has been shown to cause birth defects in laboratory animals. BPA has been linked with breast cancer, male reproductive system defects, miscarriage, immune system defects, polycyctic ovarian syndrome, ADHD, diabetes, early onset puberty in girls and obesity. Lead is highly toxic when ingested or inhaled. In adults lead is absorbed very slowly into the body, but is processed by the body and excreted even more slowly. In small children the body mistakes lead for calcium (something which a small child's growing body needs a lot of so absorbs very easily) so lead is absorbed more easily and rapidly by a child than by an adult. Lead is accumulative in the body over time, because of the bodies slow elimination. It is absorbed by the red blood cells and circulated through the body where it becomes concentrated in soft tissues, especially the liver and kidneys. Lead causes lesions in the central nervous system and damages the cells that make up the blood brain barrier (BBB) which protects the brain from harmful toxins and chemicals. Children exposed to high levels of lead show signs of slowed mental growth.

It is difficult to identify vinyl because there are no labeling requirements on most products. Some products - such as bottles - are marked on the bottom with the #3 or the letter "V" surrounded by chasing arrows. Products may be marked by the letters PVC or simply the word 'Vinyl'. Soft PVC is often very flexible and has a distinct odor. Call the manufacturer if you've not sure if its vinyl. PVC is a major plastic material which is used widely in packaging, transport, electrical goods, toys, health care and coated fabrics. It is near impossible to avoid PVC in our homes, but by knowing which products are made of PVC, we can take steps to protect our children from mouthing these products, and reduce their amount of phthalate exposure.

Products which may be made of PVC include:

Plastics in the kitchen
Look out for the PVC or #3 symbol on plastic kitchenware and bottles, dish and clothes racks . Phthalates are more likely to leach out of plastic when it's heated, so avoid cooking or microwaving in plastic. Some plastic food wraps also contain phthalates.

If you choose to avoid PVC products altogether with your children, because of the absence of any regulation of the labeling of stabilizers used in PVC toys, look out for the following in your childcare products:

Around the house
Wellingtons/gumboots and raincoats. Pushchair rain covers.PVC coated cotton bibs. Imitation leather baby shoes and inflatable toys (paddling pools, water wings, beach balls)- Again check with the manufacturer if you suspect any of these items is made of PVC.

By ensuring your floors are vacuumed regularly and that any hard surfaces are wet mopped, you can reduce the amount of household dust that may have absorbed phthalates. Using safe alternatives where possible, and limiting small children from mouthing PVC products not covered by the EU phthalate ban (e.g chewing on your credit card while you are waiting at the supermarket checkout) you will help greatly reduce your child's exposure to phthalates and toxic stabilizers.

While we are on the topic of protecting our children from phthalates, some other products that may contain phthalates may include:

Paint
Paints and some other hobby products may contain phthalates as solvents, so be sure to use them in a well-ventilated space and away from children.

Cleaning your house the 'Non-Toxic Way'

Many of the cleaning products available to the consumer from your local supermarket shelf contain toxic chemicals which are a cocktail of respiratory irritants, hormone disruptors and neurotoxins.

In Heuristic play Part I we looked at the Treasure Basket and how babies interacted and explored objects, we learned that for babies the question involved in their play was 'What is it?'

Heuristic play was a term coined by child psychologist Elinor Goldschmeid. Heuristic play describes the activity of babies & children as they play with and explore the properties of 'objects'. 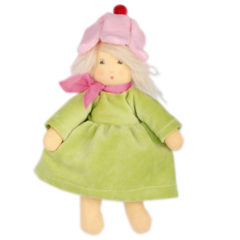 Blumchen is an adorable Blossom Child Waldorf Doll, ready to accompany your child on magical adventures! Handmade in Germany from organic cotton and wool. 24cm tall, suitable for age 3+. 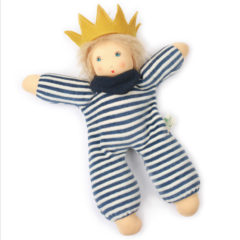 This delightful handmade doll from Germany features a sweetly hand-painted face and orange hair made of soft mohair. Handmade by a small German workshop that uses only certified organic materials. 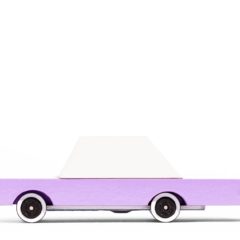 Get berry excited for our little Candycar. This lilac Candycar, is the berry best addition to your Candycar collection. 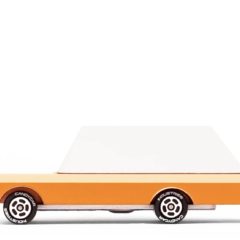 Peachy and pink, The Dart a sweet little addition to our Candycar line. Everything is just peachy keen with The Dart. 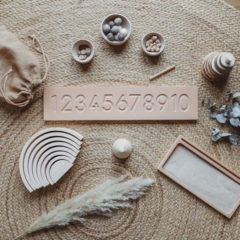 We have designed our boards to be reversible and on the back we have a ten frame. A ten frame is a great visual to help your child develop their counting skills, 1:1 correspondence & place value.