Toxic Plastics and How to Avoid Them

You have probably heard in the media about BPA and its presence in # 7 plastic - the thing is, BPA is only the most recent toxic chemical to be found in plastic, & sadly will probably not be the last.

So you have probably heard in the media about BPA and its presence in # 7 plastic - a plastic frequently used to make baby bottles and sippy cups, the thing is, BPA is only the most recent toxic chemical to be found in plastic, and sadly will probably not be the last. Because of this many families are choosing to avoid plastics altogether, which unfortunately in todays society is near impossible. This article will cover information on the toxic chemicals that have been found in plastics - which plastics they are in and the long term effects they can have on our bodies. It will also cover why it is so important to avoid these toxins during pregnancy and childhood, and useful ideas on the ways that the most harmful plastics can be avoided and substituted with safe alternative materials.

There are several reasons that it is so important to avoid the harmful toxins in plastics during pregnancy and with babies and small children. During pregnancy every chemical and toxin that a mother is exposed to, her developing baby is exposed to as well. From conception through early childhood, children's bodies and brains are developing and growing laying down the foundations for life, this rapid growth and development is what makes babies and small children more vulnerable, as any toxic interference during this period of development can disrupt normal growth patterns. Babies and children's bodies can not process chemicals and toxins in the same way as an adults, and because of the small size of their bodies, a toxic dose which is considered 'safe' for an adult, is potentially much more dangerous to a small child . Ounce for ounce children consume more food, drink more water and breathe more air than adults, because of their rapid growth and higher metabolic rate they take in proportionately greater amounts of environmental toxins than adults.

The toxic chemical that is at the forefront of everyone's mind at the moment is Bisphenol A (BPA) - a chemical commonly used in the #7 plastics which are known as polycarbonates*, also found in the lining of some food cans. BPA is a known hormone disruptor that leaches at up to 55 times the rate when heated, (something which is frequently done with baby bottles) even when not heated, this harmful chemical migrates into food and drink simply through normal use, scratched and old plastics that contain BPA are particularly big leaches of the chemical. Studies have linked low-dose BPA exposure with such effects as permanent changes to genital tract; increase in prostate weight; decline in testosterone; breast cells predisposed to cancer; prostate cells more sensitive to hormones and cancer; attention deficit and hyperactivity disorders; early onset puberty in girls and obesity.

Another toxic chemical used in plastics are a group known as phthalates. Phthalates are plasticizers used to make plastic products more flexible. They are synthetic chemicals commonly found in Polyvinyl chloride (PVC) #3 plastics - including food wrap. It is now known that plasticizers in plastic wraps migrate into fatty foods such as meat and cheese . Research has found evidence of a link between phthalates and both liver damage and reproductive failure. There has also shown to be a higher risk of miscarriage among women exposed to high levels of phthalates. Toys intended to be placed in the mouth by children under three years of age and containing some specific phthalates have been prohibited throughout the European Union, however these chemicals are still used in soft plastic toys such as bath toys and squeezy toys, so it is still possible for babies and small children to ingest them. PVC is also known simply by the name Vinyl, and is used as a wipe clean coating on many 'waterproof' baby bibs. These chemicals are especially dangerous if toys or bibs are placed in the mouth by babies and small children, because the absorption of phthalates may exceed the maximum daily dose and have a long-term impact on health.

PVC (#3 plastics) have another nasty lurking, a toxic group of chemicals called Organotin compounds. These chemicals are used as a stabilizer in PVC. They are found in vinyl flooring and harder PVC toys. These have been found to cause hormonal changes and long term effects on the immune system in animals.

Polystyrene is the third in our list of toxic plastics, categorized as #6 plastic, it comes in two forms, extruded polystyrene (commonly known as Styrofoam) and non-extruded polystyrene which is a disposable clear plastic. Both forms are commonly used in packaging containers of 'take-out' food and can leach styrene into food, styrene is considered a possible human carcinogen by the International Agency for Research on Cancer. It may also disrupt hormones or affect reproduction.

But what about the others - plastics #'s 1, 2, 4 & 5? Plastics #1 Polyethylene terephathalate (PET or PETE) & #2 HD Polyethylene (HDPE) are not only bad for our environment but can be potentially toxic to humans too, these are also known as single use plastics, and may leach when exposed to UV, heat and over time from natural breakdown. Never reuse these plastics, leave them in the sun or put hot liquids in them.

Plastics #4 Low-density Polyethylene (LDPE) isn't regarded as a 'bad' plastic. However potentially toxic industrial chemicals are involved in its manufacture, including butane, benzene and vinyl acetate. This plastic is considered safe but not very environmentally eco-friendly.

Plastics #5 Polypropylene (PP) is considered to be the safest of all plastics, this is a robust plastic that is heat resistant. Because of its high heat tolerance, Polypropylene is unlikely to leach even when exposed to warm or hot water. This plastic is approved for use with food and beverage storage. Polypropylene plastics can be re-used safely and with hot beverages.

Even though it is very difficult to avoid plastic altogether in todays society, there are many safe options. Glass, stainless steel, waxed paper, bamboo, wood, ceramics, earthenware and china are good alternatives. Below are some ideas on how to avoid plastic particularly in regards to babies and children:

Avoid plastic and aluminium epoxy (bpa) lined drink bottles. Only use glass or Stainless Steel baby bottles and Sippy Cups such as the Klean Kanteen Sippy
Give your baby toys made from natural fabrics and materials instead of plastic ones
Store your food and beverages in non plastic containers
Don't microwave food in a plastic container and never microwave anything covered in plastic wrap
Wrap meat and cheese in waxed paper to stop it drying out rather than plastic wrap.
Get rid of your plastic dishes and cups, and replace them with glass, stainless steel or ceramic/china varieties
If you have any plastic kitchenware, discard any items that are scratched or worn.
Avoid buying and using bottled water; filter your own using a reverse osmosis filter instead, and use reusable Stainless Steel Water Bottles like the Klean Kanteen
When shopping try to avoid food in packaged plastic or cans (the lining of cans contains BPA). Also be aware that the lids of jarred foods can contain BPA on the lining of inside of the lid.
Make your own homemade baby food, and freeze in stainless steel or silicon icecube trays, or in dollops on silicone baking sheets, then store in airtight glass containers once solid.
Don't buy PVC toys, or if you do, check with the manufacturer first to see if they contain phthalates of organotin compounds.
Do not buy baby bibs made with PVC (Vinyl) wipe clean coatings. 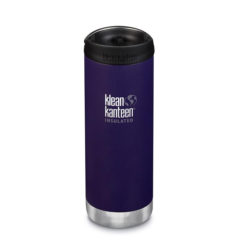 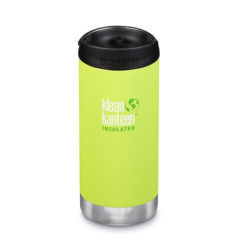 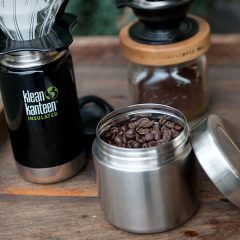 Ideal for containing your messy foods or storing dry goods. Made from the highest quality 18/8 stainless steel that doesn't absorb food flavours or odours.100% stainless interior 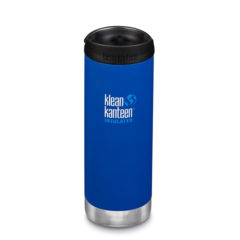